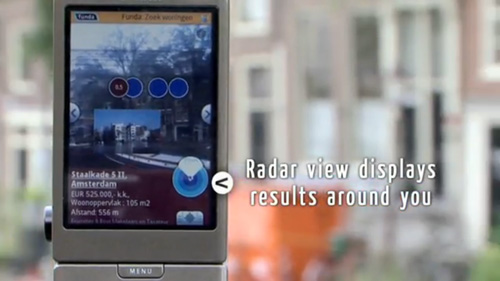 10 years back the Internet was the big upcoming thing and everyone was scrambling to make web sites…then last year thanks to the iPhone, mobile got the much needed push and this has now made it the next big thing for the coming decade. 🙂

Google, Apple, Nokia, Samsung…are going all out to build the best phones and this in turn is facilitating a rapid evolution of Augmented Reality…just the same way we saw Social Media evolve out of the Internet.

So here comes the future…

— AR is also starting to be used with print…Esquire Magazine is offering some AR-enhanced ads in this December issue.

Adobe’s marketing chief Ann Lewnes said at the recent MIXX conference that Augmented Reality could become the direct mail of the 21st Century, by tying a physical mailing to a Web experience when someone holds a page up to her computer’s camera.