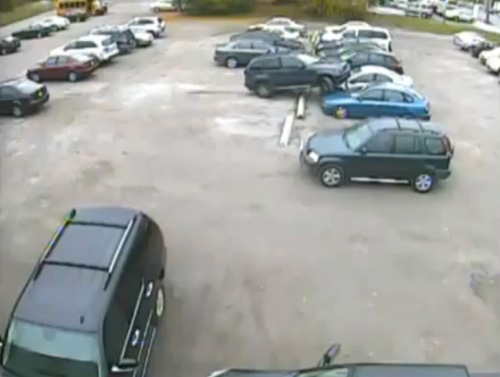 Todd Jamison happens to be the unfortunate owner of the crushed 2004 Hyundai Elantra that played a starring role in a recent viral YouTube video.

Here is the security footage from October 22, 2009 in an Ontario, Canada parking lot. It highlights the worst parking job ever… 😆

Not so fast…the folks at Hyundai Canada seized the opportunity to be the heroes in this story, and surprised Jamison with a brand new 2010 Hyundai Elantra Touring on October 30, 2009.

They also captured the moment on film… 😎