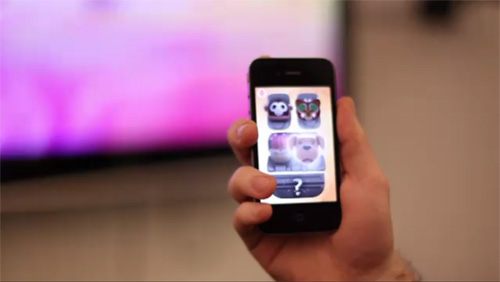 Wieden + Kennedy London has recently unveiled a first of its kind interactive TV campaign for the new Honda Jazz called “This Unpredictable Life”, in which an iPhone app (iTunes link) is used to literally grab content from the ad (YouTube link) as it plays.

The campaign uses what is called “screen hopping” that works by having sound from the TV ad recognized by the iPhone App. The app then uses the predefined sound waves to know which character to display on screen at that moment, essentially giving the ability to interact with the TV ad in real time.

Once you have got the character, you can interact separately with each one away from the TV ad, by doing things like singing into the iPhone to make the characters dance.

I am sure this is only just the beginning of many more such engagement campaigns, as last year we also saw Dentsu Japan using a similar iPhone app engagement model, for its location based augmented reality coupons.