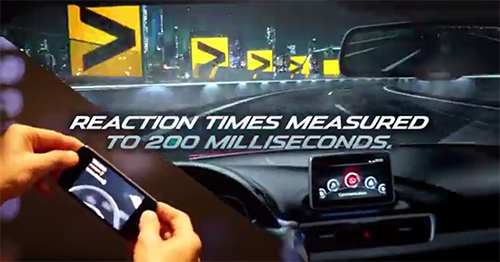 In a bid to capture consumers imagination and attention in Canada, JWT worked with Mazda to turn select Cineplex cinemas in Toronto and Vancouver into immersive gaming experiences that also acted as a mass in cinema test drive. 😎

During November, before the feature film, a short film showed two Mazda3 cars racing. Interested audience members could sync their smartphones to control their own virtual vehicle and race against other members of the audience. An onscreen leaderboard tracked the progress and winners got various giveaways.