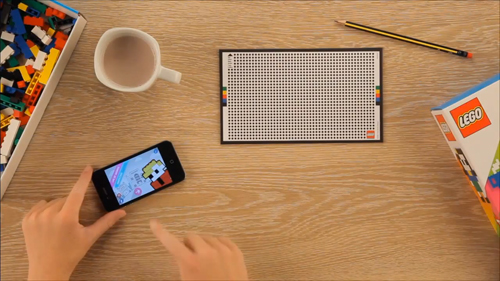 Its an exciting time for 12 year olds as they witness the first wave of electronic gaming i.e. digital-to-physical gameplay. Last year Disney announced a new line of toys called Disney Appmates that worked in tandem with the iPad. Now with “Life of George”, Lego has combined real Lego bricks with an app for your iOS and select Android devices.

In the game George shows you a picture from his travels and asks you to recreate it using Legos. You have to dig around in your box of 144 pieces to recreate the image and then take a picture of it on the dotted playmat. The app also has a brick recognition system that awards you points for speed and accuracy.

The game is pretty useful as kids don’t need to lug their entire Lego collection around. While for parents the game helps in teaching counting and hand-eye coordination as you need to find blocks as quickly as possible and then put them together.