Brands like Mercedes Benz, Reporters Without Borders, Volkswagen etc have all been working hard to create clutter breaking and engaging print ads.

In this latest example of an interactive print ad, Wired magazine and Lexus have teamed up to create what they say is the first mass-produced print ad embedded with a NFC tag. The ad, which could be found in 500,000 subscriber copies of Wired’s April issue, allowed readers who have NFC enabled phones to access a demo of the Lexus GS 2013’s Enform App Suite simply by holding their phone up to the ad. 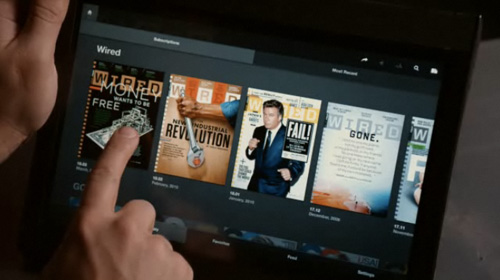 Here we have WIRED Magazine Creative Director Scott Dadich and Jeremy Clark from XD’s Customer Engagement team providing a sneak peak into how WIRED is gearing up for it’s digital rebirth in the form of an Adobe AIR application built to run across a variety of devices.