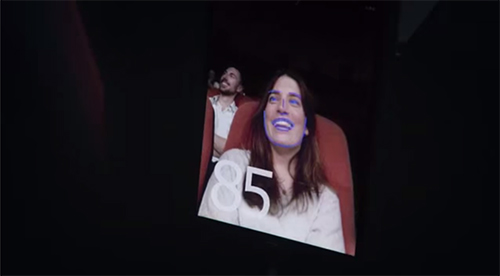 In mid-2013, the art industry in Spain suffered a big blow. The government decided to raise tax for theatrical shows from 8% to 21%, resulting in a great loss of audience. So independent comedy theatre company Teatreneu decided to launch a comedy show that you paid for only when you laughed.

Entrace to the show was totally free. But for every laugh during the show the spectator had to pay 30 euro cents, with the maximum amount being 24 Euros for 80 laughs. This unique way of charging for the show was made possible by fitting each theatre seat with a facial recognition system that detected the smile of the spectators.

As a result, the average price of the ticket increased by 6 Euros. The technology used was the talk of the town and it increased the show viewership by 35%. 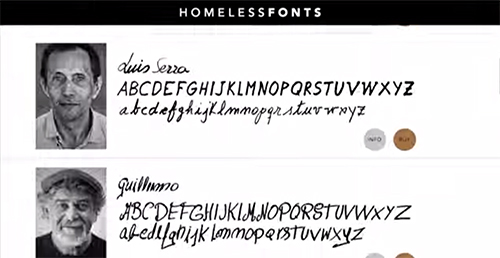 When you walk by a homeless person on the sidewalk holding a cardboard sign, you see an anonymous face struggling to survive. So to help the homeless in Barcelona, Cyranos McCann teamed up with the Arrels Foundation to launch HomelessFonts.org. The website featured fonts created using the handwriting of local homeless people, ready for purchase by marketers aiming to personalize their brands.

The money raised from the website is to be spent on accommodation, food, social programs and health care of the homeless. For more information visit www.HomelessFonts.org. 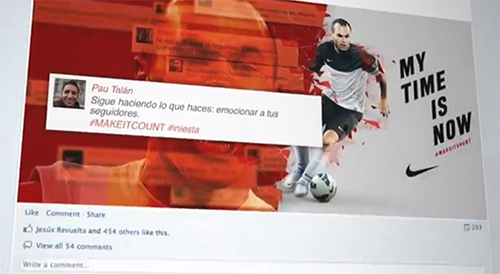 During the 2012 European Championship, Nike worked with their agency DoubleYou to conduct a real-time social media monitoring campaign that captured the conversations relating to Spanish football players sponsored by Nike. The data collected was then tabulated in the backend and the players were assigned points. These points were then displayed to the fans via a custom Facebook app. At the end the leading player was set to bear Nike’s message of “My Time Is Now”.

And the player was… 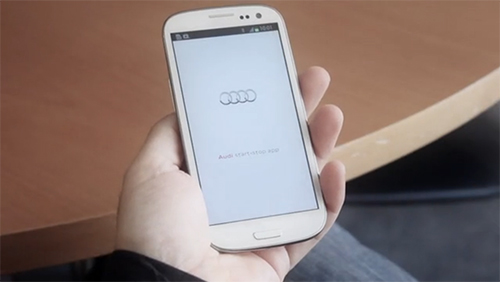 Here are two mobile apps that recently caught my eye…

The Audi start-stop system turns off the engine when the car stops at a traffic light and turns it on again when the car starts. Using the same principle Audi along with DDB Spain created an Android app that detects which applications have been open longest without being used and sends an alert to the user to close them. Thus saving battery and making the phone a more efficient tool.

Many events create their own smartphone apps. But when the event is over, the apps lose their usefulness and are then hardly used. To give these apps a second life, Duval Guillaume got various Belgium organisations to push out an update which turned their event apps into a registration medium for organ donation. 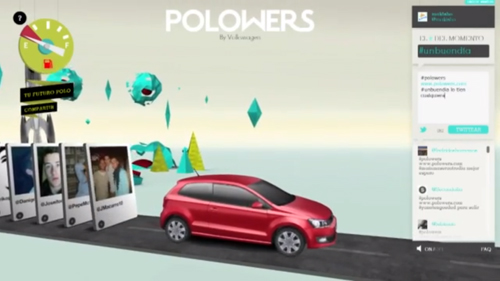 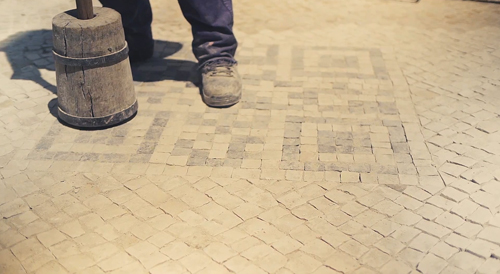 To get into the minds of tourists, Turismo de Portugal decided to fuse the QR Code technology with Portugal’s historical cobblestone tradition. As a result they ended up creating the worlds first QR Code made from Portuguese cobblestones.

The first QR Code was embedded in the city grounds of Lisbon, followed by Barcelona which holds the distinction of being the world’s most visited city. The resounding success of the campaign has led to plans of similar QR Codes being embedded in cities like Berlin, Paris, Tokyo, New York, Viena, Goa, Lima, Oslo… 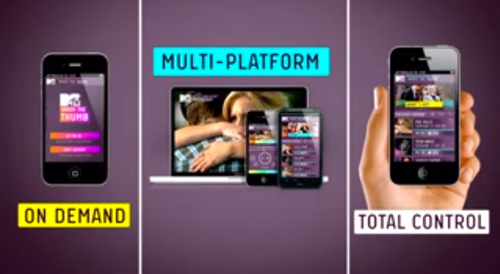 The Under The Thumb mobile application is a ground-breaking new interactive platform for MTV that redefines how entertainment is seen and shared by the digital teenagers of Europe in several ways.

When out and about, the best MTV shows both past and present can be streamed onto mobile devices on demand for the first time. When at home, the app becomes a remote control which can be paired with a PC, laptop or connected TV for an immersive dual screen experience. And when you’re feeling social, the app syncs your viewing with friends so you can watch shows and chat together in real time, no matter where you are.

The app was unveiled at the Mobile World Congress in Barcelona and by the end of the conference news of Under The Thumb app had reached over five million tech and TV enthusiasts, generating a download a minute of the app on both iTunes and Google Play stores before MTV’s supporting advertising campaign had even launched. 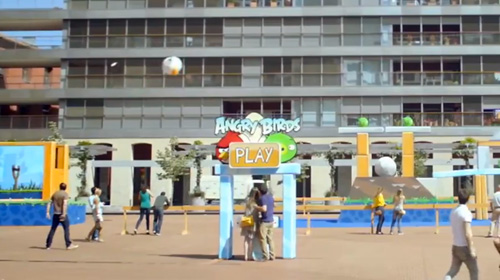 In a square in Barcelona they created a human-scaled mockup of the Angry Birds, with lucky participants using the game on a smartphone to launch birds on their castle-smashing journey. It included authentic sounds effects and exploding pigs, and was obviously popular judging from the size of the crowd that appeared. 🙂 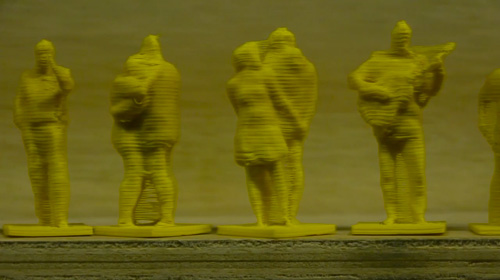 The crew from blablablab.org created a unique digital installation in La Rambla, Barcelona, a place made famous by street artists posing as “human sculptures” along with the tens of thousands of tourists who come to see these street performers stand still.

This installation reverse the roles and lets the tourist become the producer as well as the consumer through a system that invites him/her to perform as a human statue, with a free personal souvenir as a reward: a small figure of him/herself printed three-dimensionally from a volumetric reconstruction that uses three structured light scanners (kinect).