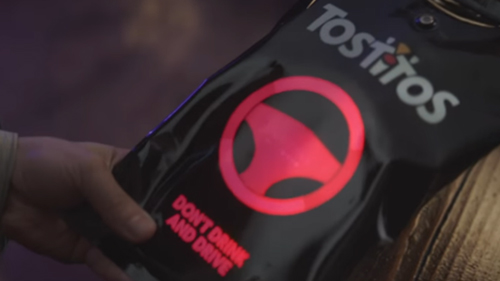 According to the US National Highway Traffic Safety Administration, 45 people were killed in drunk driving crashes on Super Bowl Sunday 2015. This was nearly half of all traffic fatalities that day. So for the 2017 Super Bowl Sunday, Tostitos launched a limited-edition “Party Safe” bag that could tell when you’ve been drinking, and then assist you to get home safely from the party.

The special bag was created by Goodby Silverstein & Partners and came equipped with a sensor that was connected to a microcontroller calibrated to detect traces of alcohol on a person’s breath. If any alcohol was detected, the sensor would turn red and form the image of a steering wheel. The bag of chips would also give the user a $10 off Uber code along with a “Don’t drink and drive” message. Users with a NFC enabled smartphone could also tap the bag to call for an Uber. 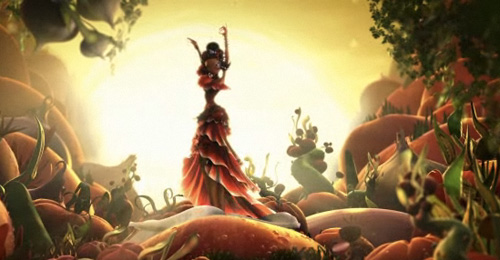 Frito Lay teamed up with online video sharing site Vimeo to create a new advertising campaign for their Tostitos Salsa. The video on Vimeo began with some beautiful CG which then quickly swallowed the viewers browser to become a full-screen experience…