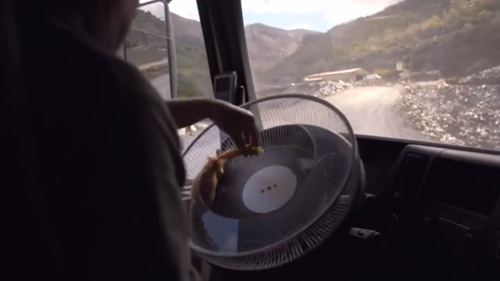 Brands all over the world are trying to create branded content. In this latest example, Volvo Trucks to showcase their dynamic steering feature decided to use a hamster to show how lite it is to steer their entire truck up a mountain.

The video has got over 4 million views and stands as a testament to how a product that very few would watch online, could be transformed into something worth watching for everyone. 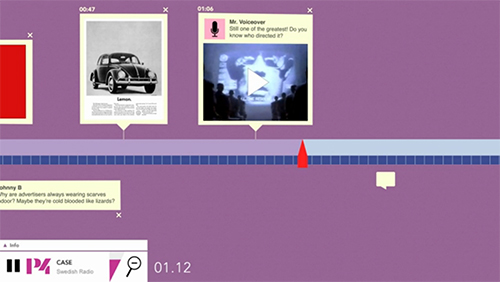 Now in one of the first examples of second screen experiences that I have seen with radio, Swedish ad agency Forsman & Bodenfors has attempted to make the whole radio experience more visual, interactive, and shareable.

With a new radio player called “Swedish Radio Plus” they allowed people on computers and mobile devices to listen in on the radio programs and simultaneously add videos, pictures, comments, maps and polls to the radio timeline. All post made on this custom timeline were also shared on the users Facebook profile, with a link to that exact part of the program.

To give it a try yourself visit the demo page here. 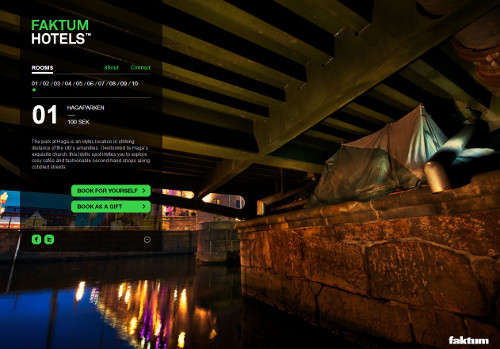 Gothenburg in Sweden has about 3,400 homeless people. Most of them find a roof over their heads with a friend or at a refuge, but some even sleep in the open air.

So in a charity campaign that tries to harnesses the spirit of giving and consideration, ad agency Forsman & Bodenfors has chosen ten places where these homeless might spend the night and made it possible for any one of us to book them. Just like any hotel.

All the money raised through this faktumhotels.com project will then go directly towards Faktum’s work for the homeless. 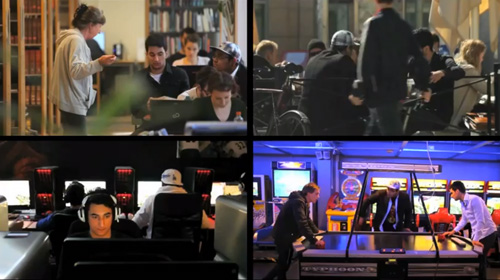 Ringback tones have been around for years. As far as I know they haven’t been particularly successful. But this campaign by Forsman & Bodenfors for Comviq could help boost their popularity.

Comviq, the biggest Swedish pre-paid mobile provider partnered with Universal Music and singer Veronica Maggio to release her new single ‘Välkommen in (Welcome in)’ exclusively as a ringback tone on one phone number. For two weeks, the only way to hear her new single was to call +46739 52 50 06, a number belonging to Firat Delen – an 18 years old student and a big Veronica fan. 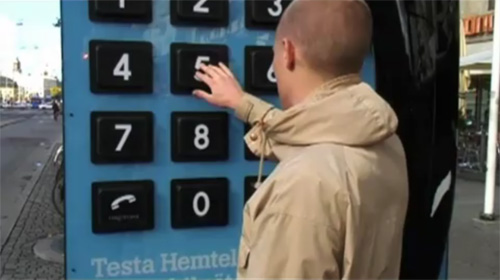 The mission for ad agency Forsman & Bodenfors Sweden was to launch Tele2’s latest product i.e. fixed telephony through the mobile net. The product sounded quite technical and advanced. So the focus was to show how easy it was to use and how close it was to a traditional fixed phone. And the best way was to just let the people try it.

So they built giant working phones in Swedens three biggest cities. This way all passers could try the product by calling whoever they wanted for free. The giant phones, of course, were hard to ignore. And loads of people used them to call a friend, a taxi or whoever they could think of.

There was even a competition…every now and then Tele2 called up the giant phones, and whoever answered won a great prize.

Ad agency Forsman Bodenfors have come up with an innovative way of getting Apple boss Steve Jobs to approve the iPhone app created for Swedish television broadcaster SVT. 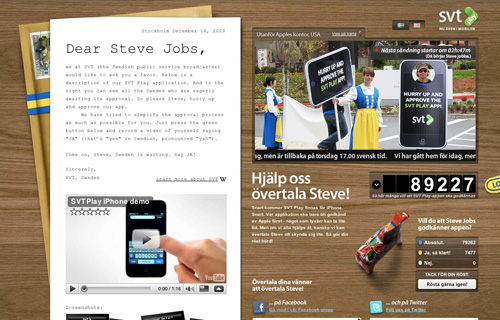 The web site simplifies the approval process…all Steve Jobs needs to do is press the green button and record a video of himself saying “JA” (that’s “yes” in Swedish, pronounced “yah”). 😎 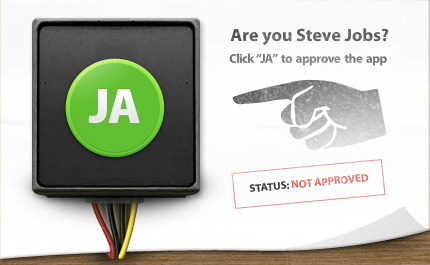 Facebook has been getting cluttered with brands screaming about themselves…Forsman & Bodenfors from Sweden came up with an innovative idea to break through this clutter for Ikea. They turned one of Facebook’s basic functions into a promotional tool, to promote the opening of Ikea’s new store in Malmo, Sweden.

With a little media budget, the agency came up with an unconventional Facebook campaign that started with a profile of the store’s manager, Gordon Gustavsson. 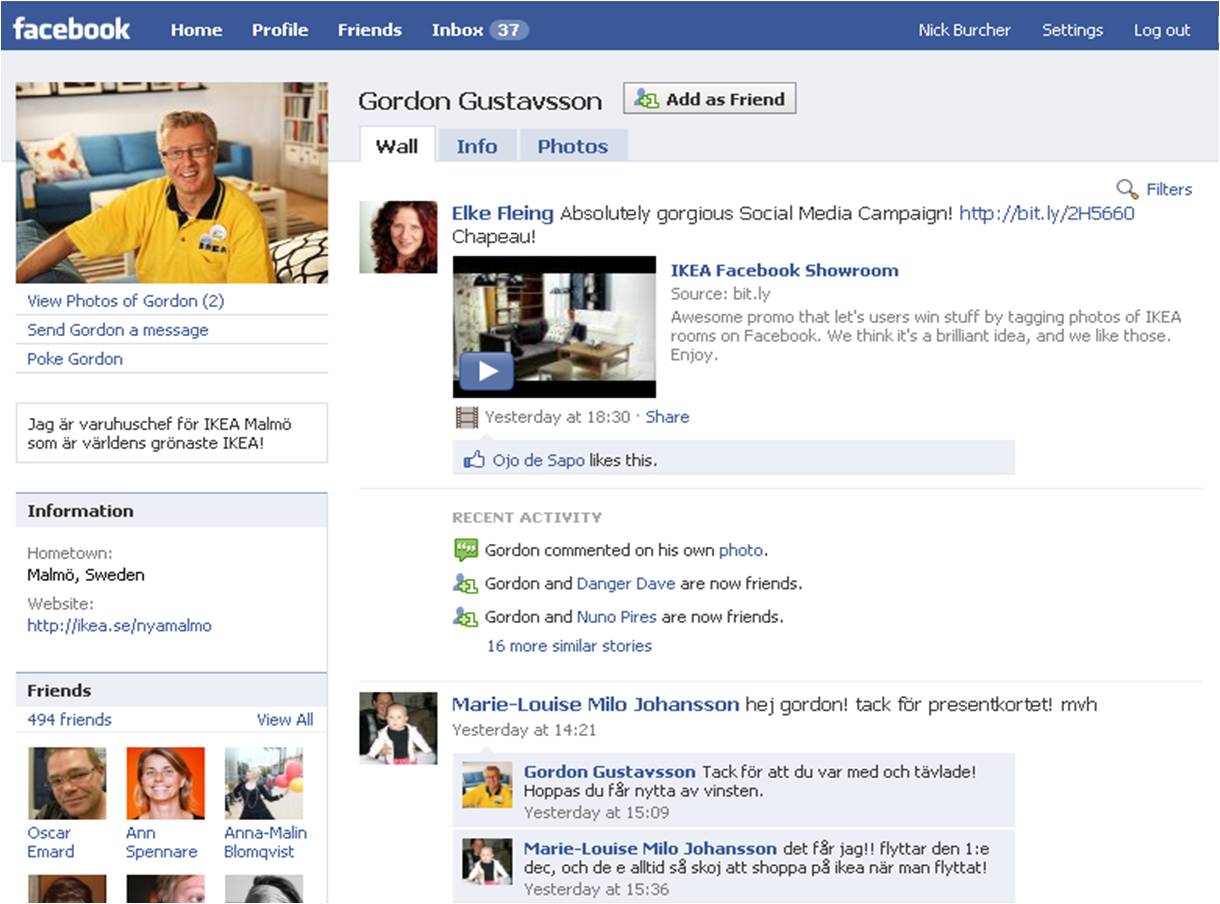 Gustavsson then uploaded pictures of the store’s showrooms to his photo album and the first people to tag the IKEA items with their name won the item which helped to grow IKEA’s Facebook fan base and spread around photos of IKEA products.