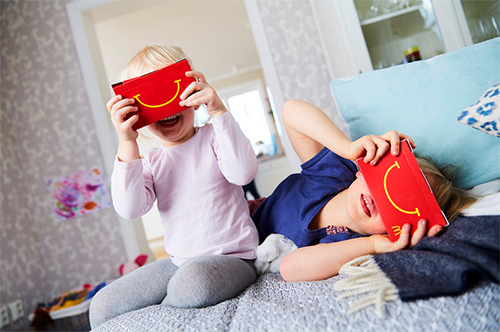 Today’s generation of kids are growing up in a world where smartphones and tablets are a part of their everday lifes. So to celebrate the 30th anniversary of the Happy Meal, McDonald’s in Sweden decided to move with the times. This however did not require them to make radical changes. With a bit of ripping, folding and sliding they created the Happy Goggles – a unique VR viewer made from an ordinary Happy Meal box.

The limited edition Happy Goggles will be available from March 5th along with a virtual reality skiing game called “Slope Stars” [Download Link]. The game has been endorsed by the Swedish National Ski Team and provides a 360° ski experience, allowing the kids to open doors to a world of fantasy and fun, while learning how to stay safe on the ski slopes. 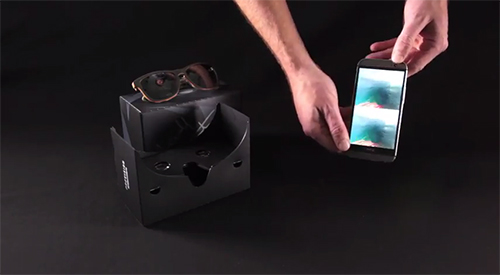 When you picture a virtual reality (VR) headset, you probably think of something really high-tech and far too expensive to be practical. Apparently, the guys at Google thought the same thing. So last year they launched Google Cardboard, a cardboard cutout that turned Android phones into a neat virtual reality headset.

Since people tend to throw away the cardboard packging of their sunglasses. Oakley decided to integrate Google Cardboard into their packaging and give customers a unique 360 degree view of various extreme sports – surfing, skiing, mountain biking, skateboarding and sky diving.