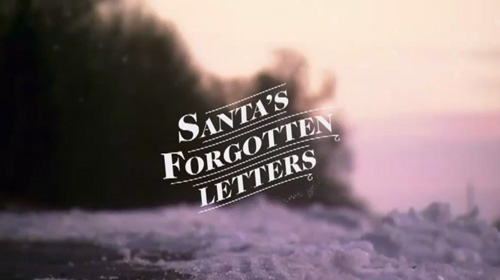 The city of Santa Claus is situated in the state of Indiana, USA. The museum in the city brings together different objects related to Santa Claus and for more than 70 years has received letters from people around the world.

Coca Cola with its ad agency Ogilvy Brazil selected 75 forgotten letters and set out on an impossible task to find the writers and give them exactly what they asked for! The result was a touching movie that translates the concept of Coca-Cola to believe, and reinforces the magic of Christmas.