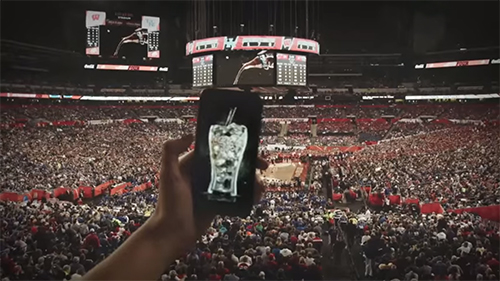 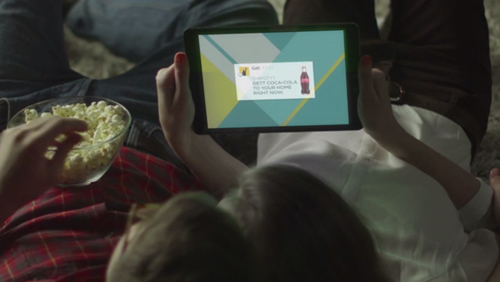 Coca-Cola in Israel created a TV spot that through its audio signals communicated with the viewers mobile phones. Watching the ad triggered a “Gett Coca-Cola” prompt to appear on the viewers phones. If viewers tapped it, five minutes later a special Coca-Cola package with a branded cooler, two Coke bottles and a bottle opener, would show up at their doors.

To ensure prompt delivery, Coca-Cola partnered with local taxi app Gett which during the time of the promotion dispatched thousands of vehicles packed with the coolers across Israel. 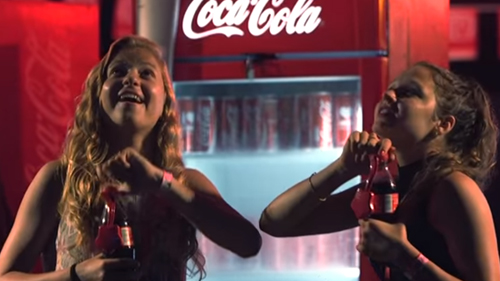 Working with Gefen Team and Qdigital, Coca-Cola showed off special bottles during Coca-Cola Summer Love 2015, a camp-like event for teenagers held each year in Ganei Huga, Israel. Opening a bottle sent a Wi-Fi signal to one of three drones programmed to fly up to a height of 1,000 feet and release a firework resembling a shooting star. 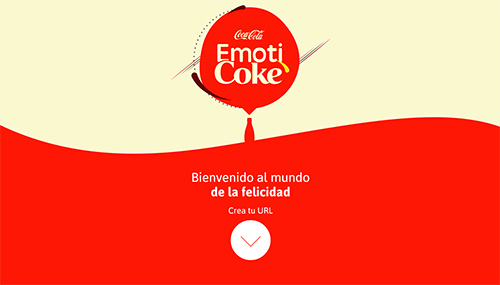 Coca-Cola through their latest campaign in Puerto Rico is trying to make the internet a happier place. The brand registered URLs for every emoji that conveyed happiness, and then via huge outdoor ads encouraged Puerto Ricans to visit it on their mobile. 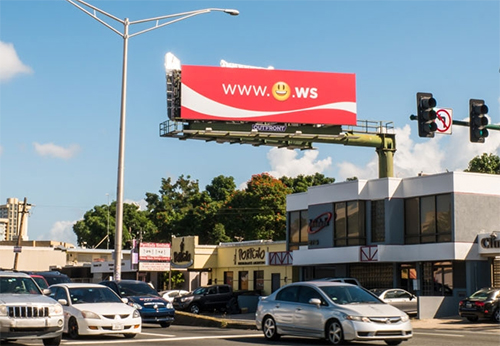 The emoji URLs lead visitors to a special landing page i.e. EmotiCoke.com, where they could sign up for a chance to win the emoji web addresses for themselves. 😎

For those wondering why .ws, which is actually the domain suffix for Samoa? That is because emojis are not accepted on domains such as .com, .net, and .org. 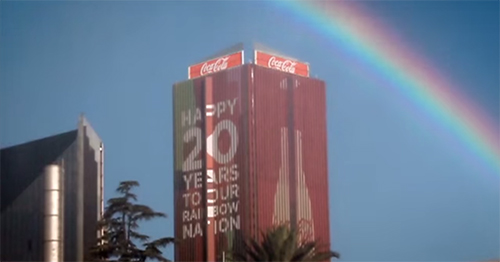 Now to celebrate this 20th anniversary of democracy, Coca-Cola decided to literally create rainbows. Using sunlight, water, some fancy science and a little bit of magic, they made rainbows pop up all over Johannesburg. Some rainbows even reached the ground, for those who sought to discover where they ended. 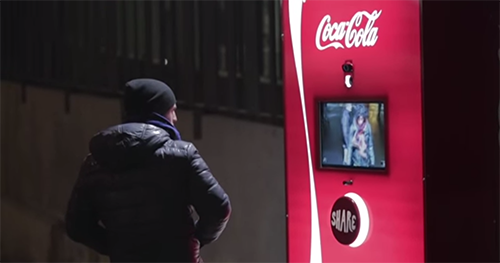 Over the years Coca-Cola has experimented with their vending machines and tried to make them much more than just the average soda-spitter-outer.

Last year they placed two vending machines, one in India and the other in Pakistan and turned them into a communication portal. These “Small World Machines” allowed citizens from both countries to interact with each other and even complete shared tasks for which the machines rewarded them with a Coke.

The success of that has inspired Coca-Cola to once again bring fighting parties together. Now instead of bringing together nations at odds, it has tapped into the rivalry between Italian soccer teams Inter and Milan.

To ease the aggression between the fans, Coca-Cola installed their “Fair Play Machines” on opposite sides of Milan’s San Siro stadium as the teams faced off. Pressing the button of one machine dropped a Coke can down the chute of that on the side of the rival team. So this way rivals could only receive Cokes from each other. The results… 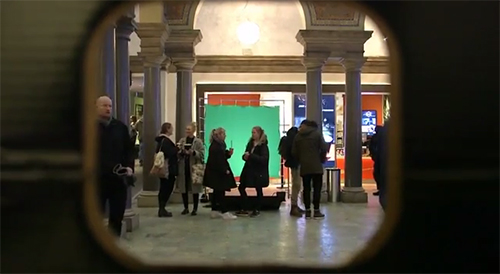 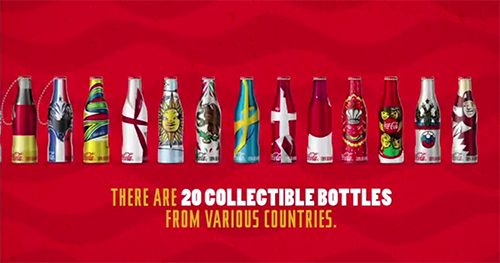 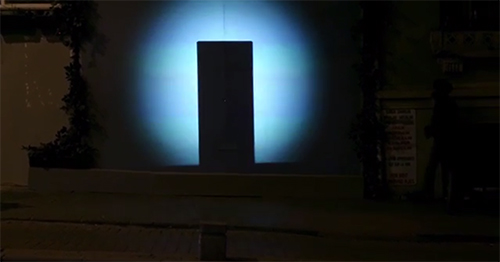 Since the time I started writing this blog, I have come across many innovative vending machines. Some I featured right here on Ramble and the others I bookmarked on YouTube.

Now to add to this collection, here is an invisible vending machine from Coca-Cola Turkey that becomes visible only when couples walk by. The machine was created specially for Valentine’s Day (last week) and was installed in Istanbul to spread happiness Coca-Cola style. 😎

Coca-Cola is at it again, this time unleashing happiness in Sweden. A special Coke machine was put at a bus stop to spread some summer happiness in the middle of the cold and dark Nordic winter. The results…

Click here to see other Coca-Cola Happiness campaigns from around the world.