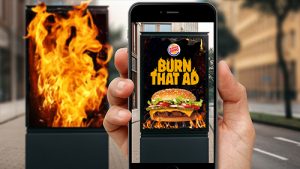 Over the years we have seen many advertisers trying to hack, mock or leverage their competitors ads. In Brazil, Burger King with the help of ad agency David SP used augmented realtiy to burn their competitors ads via their consumers mobile phones while rewarding the participating consumer with a free Whopper.

Burger King is expecting to give away 500,000 Whoppers through this promotion, so that more and more people use their Burger King Express service which lets customers pre-order food for pickup. 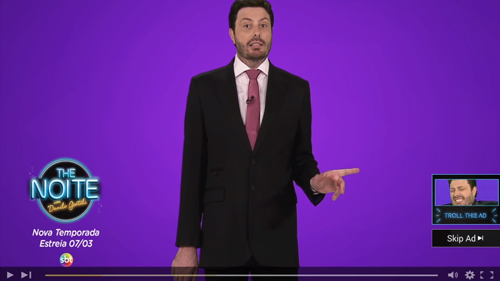 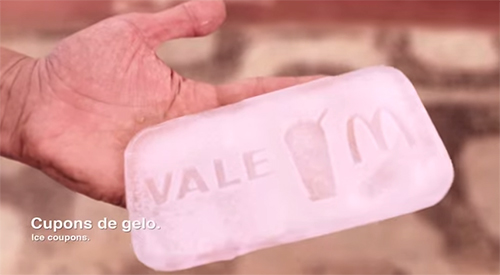 McDonald’s in March launched a new campaign aimed to bring the world together by giving 24 gifts in 24 cities in 24 hours. This unique experiential marketing campaign got over 40,000 #imlovinit mentions, which was 850 times more than the daily average. The campaign was also seen trending globally on Facebook and Twitter. More notably it was the first time McDonald’s hit the top ten worldwide conversation volume on Twitter.

As seen in the above video, beachgoers in Rio de Janeiro got a unique surprise in the form of a slot machine. The slot machine contained a button that when pressed, gave the person a chance to win a McDonald’s treat. Then to win, the person had to perform a special task such as taking a selfie or performing a little dance. The winner got a redeemable ice coupon that needed to be rushed to the nearest McDonald’s store before it melted. 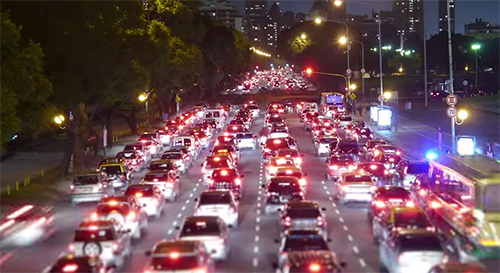 Big Data is increasingly being used to find solutions to problems around the world. In this latest example, Microsoft has partnered with the Federal University of Minas Gerais, one of Brazil’s largest universities, to undertake research that helps predict traffic jams up to an hour in advance.

With access to traffic data (including historical numbers where available), road cameras, Bing traffic maps, and drivers’ social networks, Microsoft and team are set to establish patterns that help foresee traffic jams 15 to 60 minutes before they happen.

Microsoft has tested this model in London, Chicago, Los Angeles, and New York, and claims to have achieved a prediction accuracy of 80 percent. 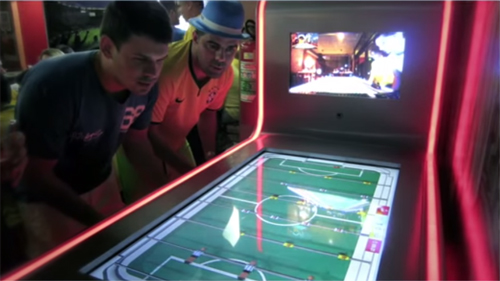 Quilmes with their agency +Castro reinvented the classic game of foosball. In its new version they enabled Argentinians and Brazilians to play each other in real-time through a custom made digital foosball table.

Dubbed as “Mitigol”, one half of the table was placed in Argentina and the other half in Brazil. During the game, players could see their opponent via special in-built video cameras that further enhanced the real time experience of the game. As a prize, Quilmes gave away free beer. 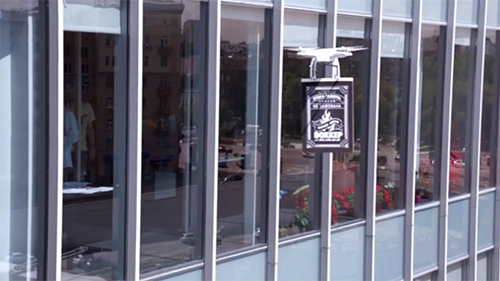 Unmanned aircrafts have been used to carry out military strikes, to film weddings and someday will even be used someday to deliver products from companies like Amazon, Netflix, Francesco’s Pizzeria and Flower Delivery Express.

Until the legalities of commercial use are cleared up by the local governments, companies in Russia and Brazil have gone ahead and created the first of their kind drone-vertising campaigns…

Wokker banners were attached to drones and launched around high-rise business buildings in Moscow’s financial district, drawing the attention of hundreds of people as they flew past office windows. This resulted in deliveries in the campaigned area to go up by 40%.

Cup Noodles, the instant ramen noodles snack from Nissin-Ajinomoto, is being promoted in Brazil with the launch of drones with cows, chickens, corn cobs and shrimps. The two and a half minute film created by Dentsu Brazil for the brands online campaign, uses drones to take the instant noodles to surfers, skateboarders and highline walkers as they practice their sport. 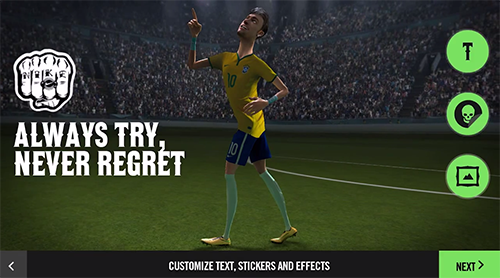 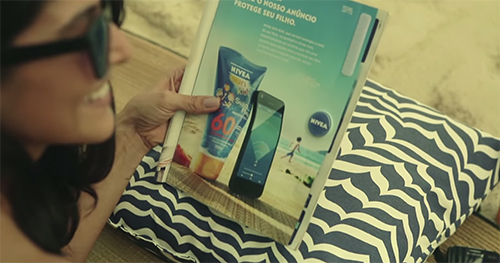 Last year Nivea transformed a regular print ad into a portable solar charger for smartphones. Now in their latest ad they have made the right side detachable, so that people on the beaches of Brazil can use it as a trackable bracelet.

Parents wishing to keep an eye on their children, can now rip off this bracelet, attach it to their child’s arm and then download the companion app for it. In the app they can then add each child’s name to the bracelet and set the maximum distance each child can wander. If the child goes too far, the app sends a loud alert to let them know.

In the past, Hellmann’s has used novel ways to encourage consumers to use their mayonnaise for more than just sandwiches. Now for their latest campaign they have teamed up with Ogilvy Brazil to create Recitweet.

Consumers who don’t know what to do with the contents of their fridges can now tweet their ingredients with the hashtag #PreparaPraMim (prepare for me in Portuguese). Then as a tweet back the consumers receive a recipe from Hellmann’s that uses the exact same food from their fridge. Here is a short video on how it works… 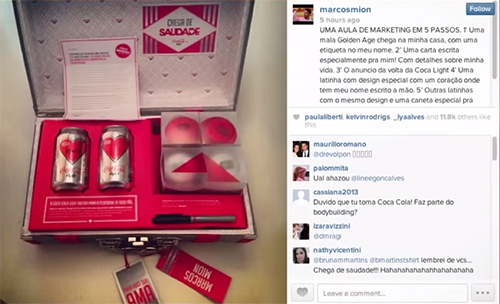 In 2009 Coca-Cola Light was taken out of the Brazilian market. But even after its five year absence, 99% of the Brazilians still had the brand in their minds. So for their 2014 relaunch they identified 150 influencers that were also real Coca-Cola Light lovers. Then a special handmade suitcase was delivered to each one of them. The suitcase contained a personal letter with the relaunch news and a ritual to send the Coca-Cola Light cans to special friends with their names handwritten on it. The results…