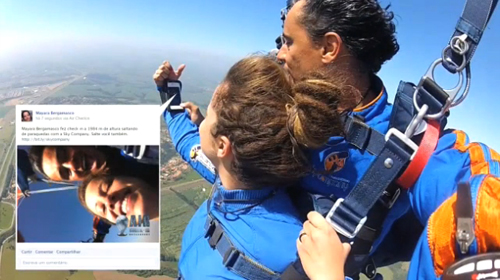 Now there is an app that lets parachutists “check in” on Facebook as they free fall through the sky. 😎

Parachuting specialists Sky Company, wanted to promote their Facebook fan page. So with ageisobar Brazil they developed the Air Check-in app [iTunes Link] that allowed users to take pictures during their jump while recording their height. Then based on their 3G reception at the altitude post the details on the users Facebook timeline or store the check-in for later.

The check-in posts made by the app had a link to Sky Company’s Facebook fan page. So this not only helped boost their fan count on Facebook, but also helped increase the number of jumps with their team by 26%.

The above app also brought back memories of another parachuting campaign that was done by hotels.com in September 2011. This time the campaign was centered around the company’s high-speed mobile booking application, which allowed users to book rooms at its network of almost 140,000 hotels worldwide.

To promote their smart phone app they teamed up with extreme athlete and stuntman, JT Holmes, for a wild and exciting digital demonstration to prove just how easy it was to book a room while “on the fly”. 🙂 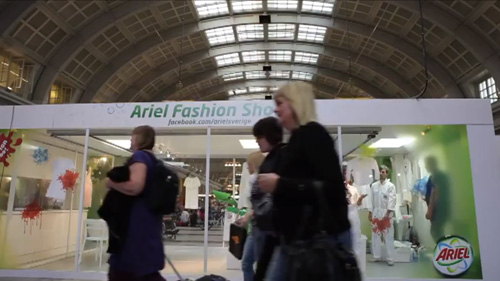